Carbone is NYC’s hottest RSVP right now. I know because I live across the street.

President Obama, First Lady Obama, and V.P. Biden strolled under the neon Carb-occo’s sign on at least three separate street-closing occasions. I watched Nikki Minaj stop by for take-out the night of her Poisson Rouge show. With all the celebrities and press, you would think Carbone is another pretentious upscale whatever! but it’s not. It’s actually very casual. So casual you might think that you’re at a Sons of Italy back in your hometown. 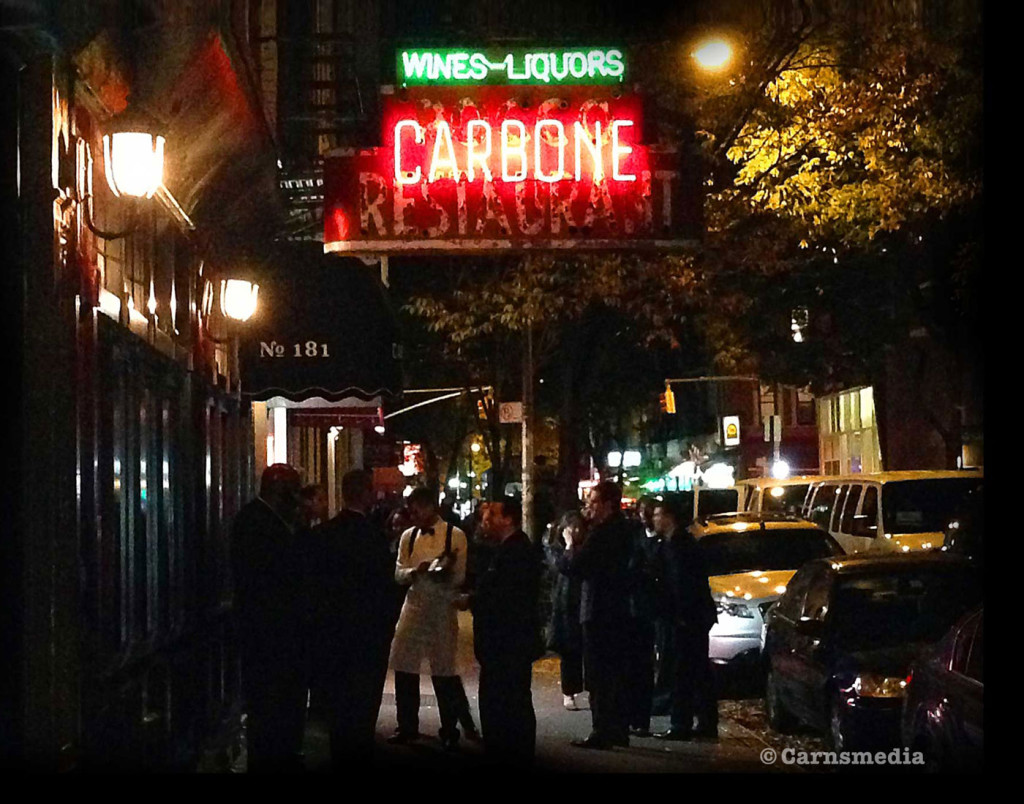 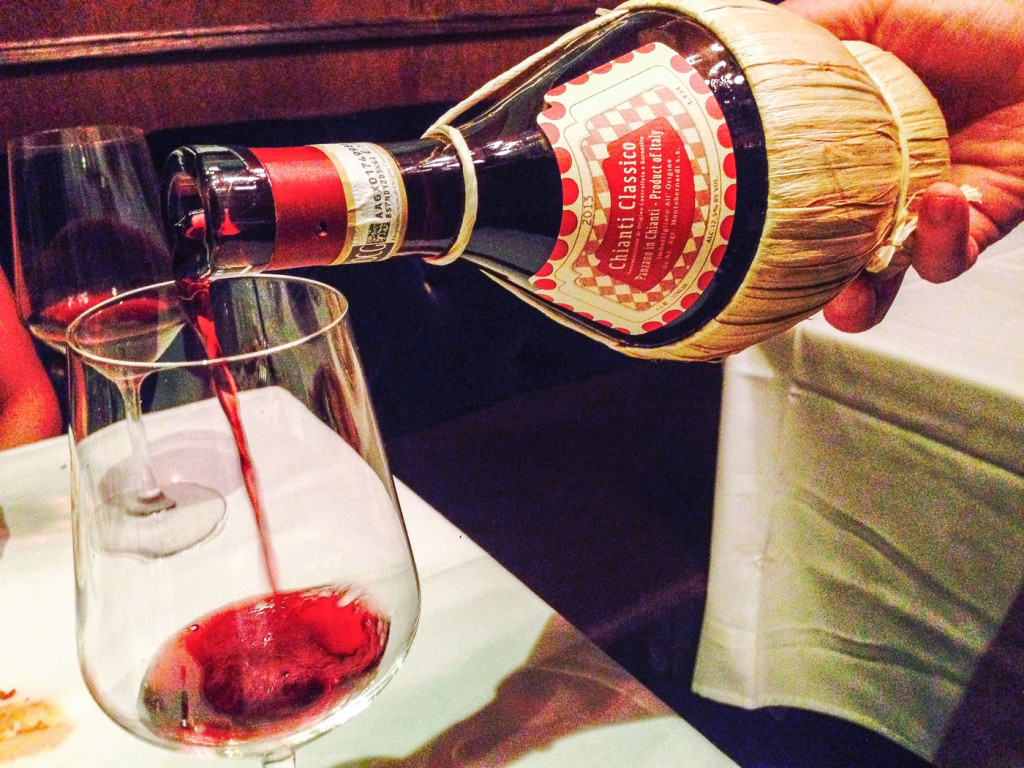 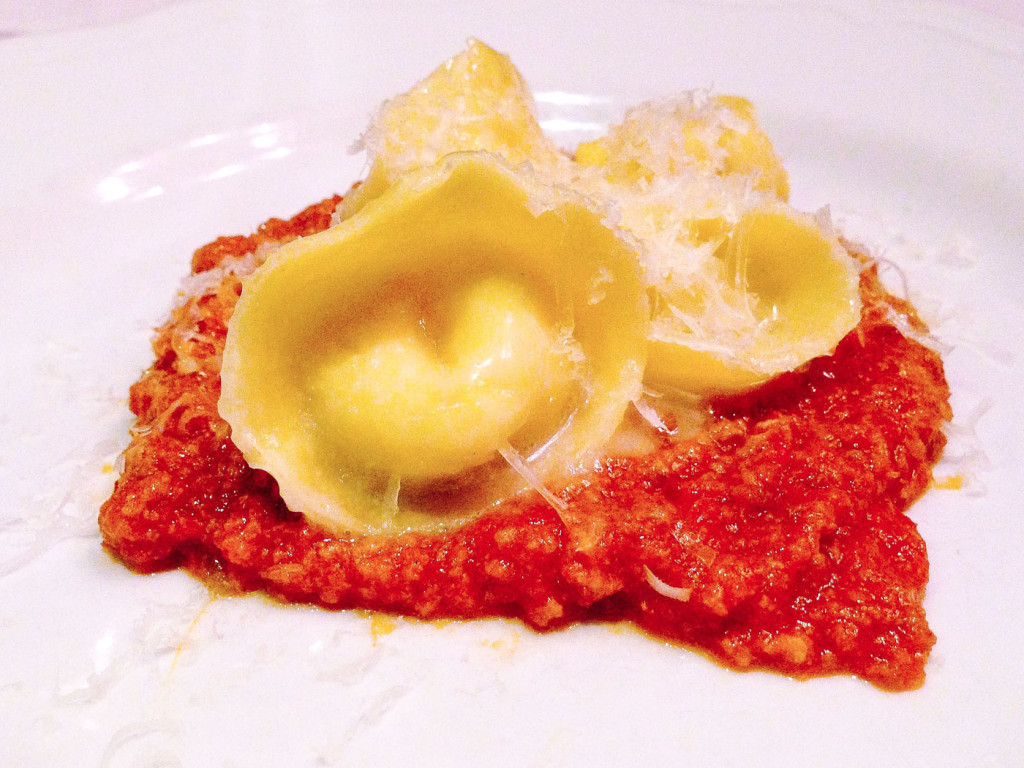 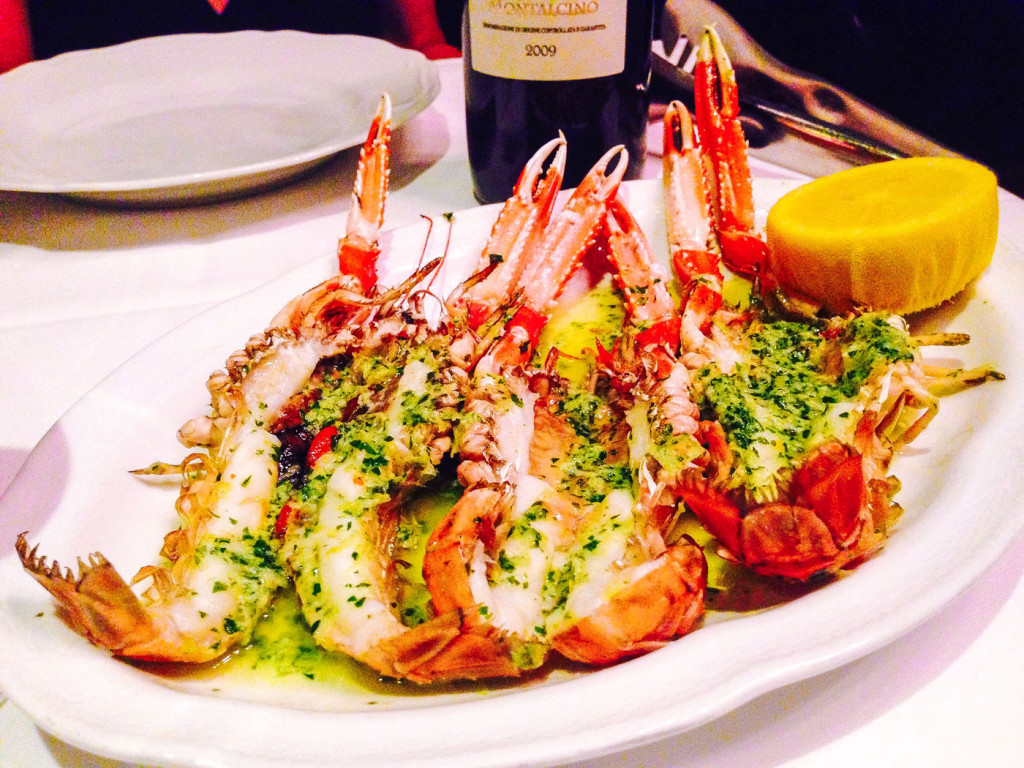 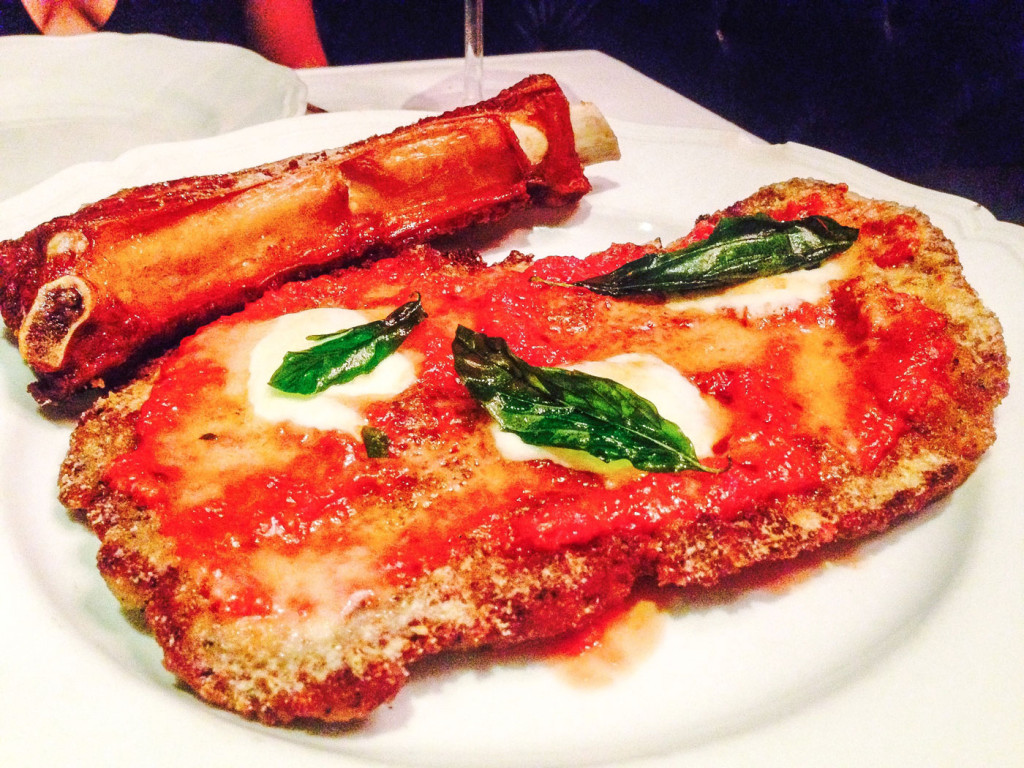 Carbone is on a quiet treelined street that connects Greenwich Village with SoHo about three blocks south from Washington Square Park. Enter and you’re immediately taken back to what I would image a fancy restaurant on Thompson Street to be like in the 1950s.

Greenwich Village was an extension of Little Italy back then, but it wasn’t called Little Italy. Everyone spoke Italian.  A woman in my old building who moved to Greenwich Village from Minnesota to marry an Italian man after the war told me that she had to learn to speak Italian just to order a loaf of bread.

You won’t need to speak Italian at Carbone, but it sure is fun if you can say a few words in Italiano. I threw out, “Vorrei qualcosa da mangiare ” and my server Ricky had fun with it.

of the Italian American food

we all loved as a kid.

I can’t image a better preparation of Veal Parmesan. The veal is cut from a large veal chop and then flattened, breaded and fried to a crisp light almond color. It’s cheesy, saucy and delicious. You might think that the meatballs are under-cooked but they are not. They are seared then simmered at a low temperature so you can actually taste the quality meat. Tortellini al Ragu is light and flavorful. The wine list is exceptional. Try a glass of Chianti (from the wicker bottle, of course).

Carbone is the ultimate date night spot. If you’re in the doghouse from staying out too late with your buddies, this place just might be your only hope to get out.

Carbone
Categories are measured on a scale of 0-10. Find out more about our measuring system »
Date Spot10
Formal Dining7
Unusual Eats5
It's a Party5
Price8
Dress Up6
MUST TRY EATS:
MUST TRY DRINKS: